WARNING: Aboriginal and Torres Strait Islander viewers are warned that this site may contain images and voices of deceased persons.

The event brought the community together with police, Lithgow AECG, families, community services, health professionals and sporting groups. This built upon positive relationships within our community and services, and attracted, on average, 100 people each month.

A special gathering, held at the park on Thursday 15 March, marked three years of the program and recognised the work done in revitalising Emora Park for the community’s use.

The playground, constructed at a cost of $65,000 through a state government grant, became a well-used public facility.

“It was a lovely park with literally no facilities. The tennis courts were dilapidated and there were clearly structural integrity issues with its fence,” said Inspector Sammut.

The idea of starting a barbecue project came as a result of a meeting with new backboards and rings. Lithgow Lazers team members regularly attended and played at the barbecues, along with youths. The park land is owned by the Family and Community Services (FACS) and cared for by the Lithgow Council.

Inspector Sammut said that NSW FACS Minister Brad Hazzard and Bathurst MP Paul Toole supported the park’s creation. Thanks went to Nepean Blue Mountains Local Health District Aboriginal Liaison Officer Sonia Cox who was instrumental in pulling together all the services to provide the community barbecue, the VRA who manned the barbecue, and Aunty Gayle and Uncle Owen from Lithgow AECG for being there every month to serve the families their barbecue.

Four young Aboriginal men, who were inmates at the time at Lithgow Correctional Centre, created the artwork for the backboards. The men volunteered their time to create the artwork, which took hundreds of hours to complete. The design featured the goanna (the representation of the local Aboriginal people) surrounding a meeting place (a safe place for everyone). Other design features included figures, footprints and patterned rivers, which reinforced the message that this is a place of belonging, fun and friendship. 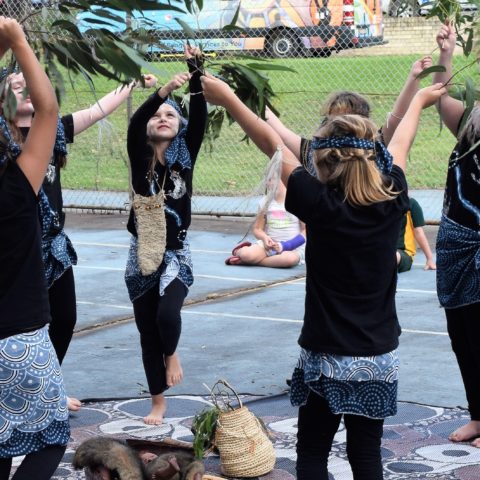 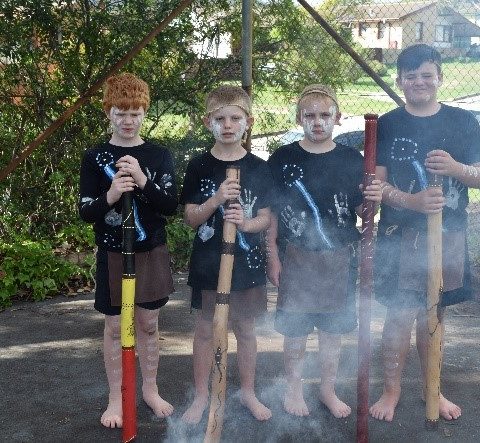 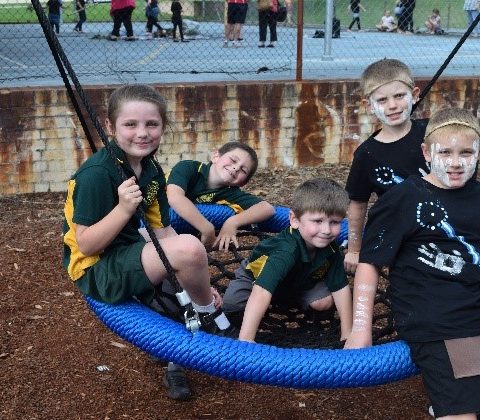 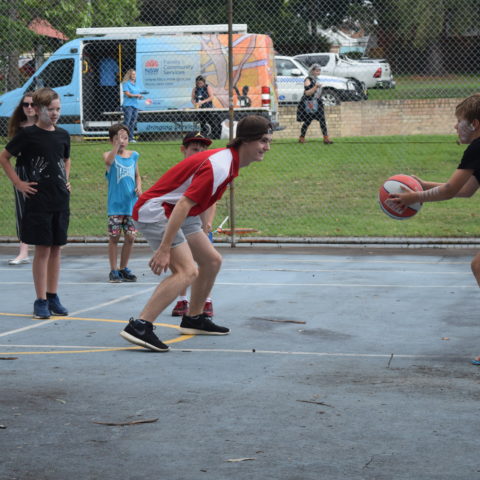